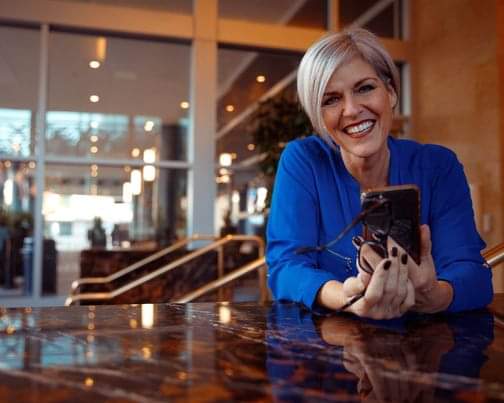 Darla DiGrandi started as an inventor and entrepreneur at a very young age in the salon industry. She found out early in life that she wasn’t very good at following rules, so she dropped out of high school and made her own way. Darla’s gifts are infinite patience and the ability to see things that others can’t. With those gifts, Darla set off into the salon world and quickly found that she had a big dream to reinvent the salon industry. Darla became a Master Trainer for the state board of cosmetology so she could train her own hairdressers how to do hair and how to treat her clients.

Darla’s salons were NO-tipping specialty salons, hence the name “Hi-Lites Aveda”. Darla created a way for Hi-Lites to be done that only she knew how to teach. From the invention of the “hilting board” to the way the colors were applied. People would come from as far as Alaska on a standing monthly basis to have their hair cut and hi-lited for $500 a visit. After 19 years, Darla had built a total of 5 high-end salons, had 49 employees that serviced 16,000 clients and was listed as one of the Top 200 Fastest growing salons in the country. By that time, Darla was a sought after consultant, traveling the country teaching other salon owners how to reinvent their salons and build a high end clientele.

In 2008 a local business owner introduced her to the Network Marketing business model and long story short, She hit the ground running and retired from the salon industry while breaking records along the way. Darla once again became a sought after trainer and is known in the industry for earning her first million dollars in 3 years. One thing she has proven is that she knows how to build networks.

Darla says “If you have read How to Win Friends and Influence People then you know it’s all about Relationships. The faster you can emotionally connect with others the faster you tap into the riches of relationships. Those riches are; Opportunities, Referrals, Friends & Love!” Darla has proven that life’s real currency is in Mastering the Art of Human of Connections and today Darla teaches people all over the world how to Master the Art of Human Connections.